Oh thank Trans TV, you save my satnite.

Tonight there are a lot of good film on television. One of them is Kungfu Hustle, a 2004 Hong Kong action comedy film. Directed and also starred by my favorite Asian actor, the legendary Stephen Chow.

One of the best part of this film is from the cast who starring as Stephen Chow’s love interest. A mute girl. And also cute. Okay, she is Huang Shengyi aka Eva Huang. 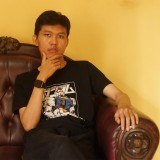